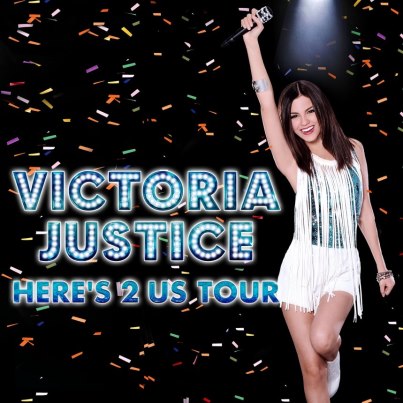 “I’m so excited to be going out on tour again this summer. I can’t wait to sing your favorites and share some new ones from the latest Victorious soundtrack” said Victoria Justice. “Here’s 2 Us Tour is dedicated to all of you. 2013 is our year!”

At only 19 years of age, Victoria Justice has already achieved massive success, has a huge fan base, has won and been nominated for numerous awards and has recorded a number of songs and is due to release her debut album sometime this year.