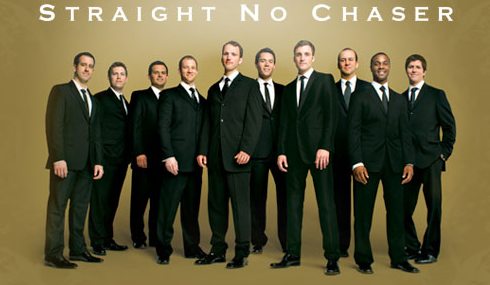 The story of Straight No Chaser’s rise to fame began with a 1998 video becoming a smash hit on youtube in 2006. This subsequently led to a five-album record deal with Atlantic Records in 2008.

The live performance at Fox Theatre Detroit is part of their “#SNClive Fall 2012 Tour”.